Think Young And Do More

Everyone has heard the adage, "You're only as old as you think," yet most of us, as we age, use the negatives of aging as excuses to stop doing certain activities. How many times have you, or someone you know, said that you were too old to do something, or "Can you not teach an old dog new tricks"?

Since I have given hundreds of seminars on various areas related to self improvement over the last three plus decades, I have repeated all the positive adages repeatedly to individuals of all ages. I have met twenty year olds that appear to be "afraid of their own shadow," and people in their seventies that have the energy and vitality associated with far younger individuals. While the normal physical aches and pains and ailments of aging are often beyond our control, the real difference is how we handle the process, and whether we take advantage of the positives, or if, on the other hand, we use those limiting factors as excuses. In other words, the main difference is in our attitudes.

I have repeatedly heard the same people who tell younger people how important it is for them to set goals, often abandon their own goals and dreams as they age. With the aging process should also come important experiences, lessons learned, and expertise that takes many years, or sometimes even a lifetime, to accumulate. Is not it amazing that people who maintain their goals (even if they are modified on a regular basis), and have a positive can do attitude, generally experience a healthy, happier and more fruitful experience. For example, the late Jack La Lanne, who lived into his nineties until he very recently passed away, stayed active, exercised, and upbeat until his dying days. He was considered one of the most upbeat, inspiring, positive individuals that has ever been involved in the health and fitness area. On the other hand, all of us can think of countless others who complained bitterly, were very negative, and appeared to be miserable in their existences.

Vitality and energy is not something exclusively for the young. While age may impede certain physical limitations to some, it is rather how someone adapts to those limitations in a positive manner, so as to maintain a positive attitude, and reason to be happy. There is little doubt that one of the main reasons that we witness one spouse die shortly after another passes away, because they often feel empty and believe they no longer have any reason to fight to live a complete life. Similarly, we often witness older individuals who love to read "give up" when they lose their vision, while others use it as a reason to enhance other senses, and find substitutes to make up for their loss (for example, Books on Tape) .

People who maintain "complete" lives, and examine how to best satisfy themselves and feel worthy, live "younger" and generally better existences. It is up to you! 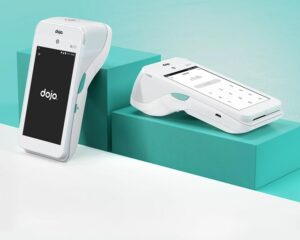